Ever heard of a Medicane before? Yeah, me neither. Until I got caught in one during what was supposed to be a dream vacation in Greece.

Wikipedia defines a Medicane as:
Mediterranean tropical-like cyclones, often referred to as medicanes but sometimes also as Mediterranean cyclones or as Mediterranean hurricanes, are meteorological phenomena observed over the Mediterranean Sea. On a few rare occasions, some storms have been observed reaching the strength of a Category 1 hurricane.

Positive side is, I met amazing people, I am officially able to say that I have been stranded on an island, and I have a reason to return to Greece again someday.

Check out the vlog below!: 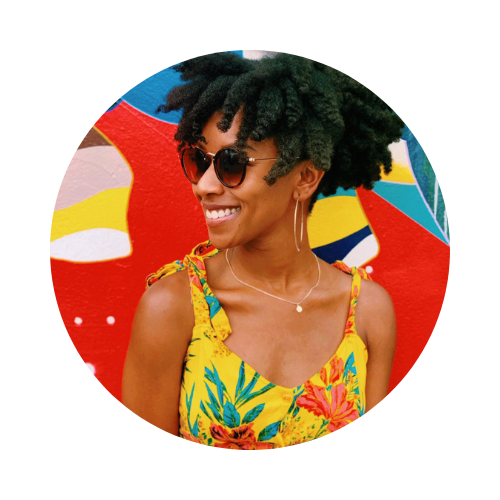 You already have your phone in your hand to like this pic, might as well go and disinfect your phone while you’re at it 🍀 #WashUrHands
I’m back and I’m better 🤍 - thank you for all the love, prayers, and “just checking up on you” texts. That tumor had me majorly effed up lmao
#tbt to the last time I could breathe out of both nostrils 😭 have you seen me trying out a Neti-pot for the first time? 🥴 funniest, but kinda grossest video I’ve posted yet #LinkInBio {PS - if you have any sinus tips, please let me know 🤧)
Do you wear your natural hair on vacation? . Disneyland was my fourth vacation this year that I wore my natural hair. I like to wear it because frankly, bundles get expensive and it’s always a few hundred to get braids or a sew in (let me know if y’all got an Orlando connect doeee 👀😂). I rather spend money that would be used on my hair on anything vacation related. But once a bih learns how to cornroll her own hair, and lay a wig - ITS OVA FOR U GUYS 🥴😅
you ain’t really wild, you a tourist >> If you could be ANYWHERE right now, where would you be? Cause I know I would be back in LA🌞
I’m on my disney ish, goofy flow